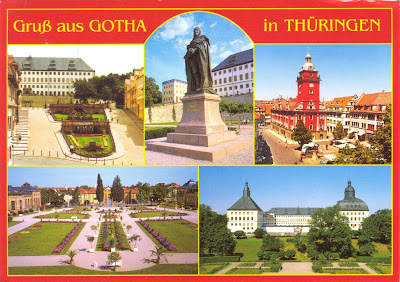 Gotha is a town in Thuringia, within the central core of Germany.  It is the capital of the district of Gotha.  Thank you Jiayi for this nice postcard showing the downtown of Gotha. :) 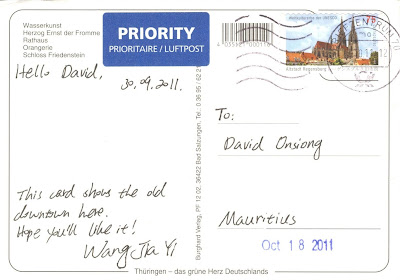 Jiayi used a stamp issued jointly by Germany and Japan in 2011 to commemorate 150 years of diplomatic relations between those two countries.  The stamp depicts the Regensburg Cathedral, built between 1273 and 1520, in the medieval centre of the city of Regensburg - a UNESCO World Heritage Site. The second stamp of this set illustrates Yakushi-ji Temple in Nara City, Southern Japan built from 680 till 697.