The Mauritius Post issued a Rs11 stamp on 13 July 2016 to mark the commissioning ceremony of the  new Dornier aircraft of the Maritime Air Squadron of the Mauritius Police Force. 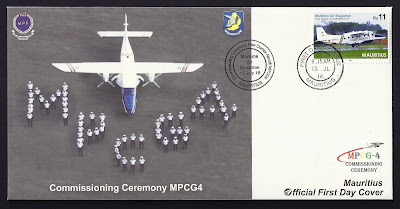 The commissioning ceremony was held at the Sir Seewoosagur Ramgoolam International Airport, Plaisance, and was attended by the Prime Minister, Sir Aneerood Jugnauth, the Commissioner of Police, Mario Nobin, the Chairperson of the Mauritius Post, Gayetree Usha Brijmohun and the Chief Executive Officer of the Mauritius Post, Giandev Moteea amongst others.

The Maritime Air Squadron (MAS) was commissioned on 17 July 1990 by Sir Veerasamy Ringadoo, the then Governor of Mauritius. 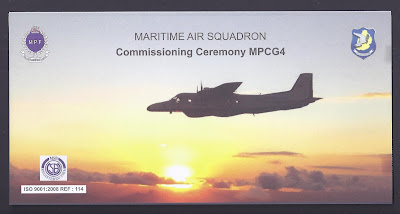 The new Dornier MPCG4 will be the fourth fixed-wing aircraft to join the squadron; the squadron currently runs two other Dorniers and one Defender. The aircraft is state-of-the-art fitted with the latest Maritime Patrol Radar, Forward-Looking Infrared Camera (FLIR), Global Positioning System (GPS), Automatic Identification System (AIS) and communication system. The aircraft offers an outstanding field of view and a comfortable environment which substantially reduces the crew fatigue and workload, thus ensuring that a high-level of vigilance is maintained throughout Economic Exclusive Zone (EEZ) and Search and Rescue (SAR) missions. 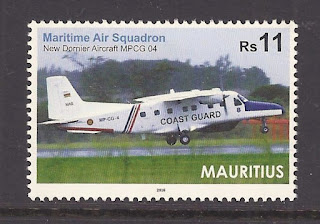 The crew that extensively test-flew the aircraft at HAL, Kanpur, India, then ferried it to Mauritius through several countries along the western coast of the Indian Ocean, accumulating a total flying time of 34 hours and a total distance of 6,021 nm (11,150 km). 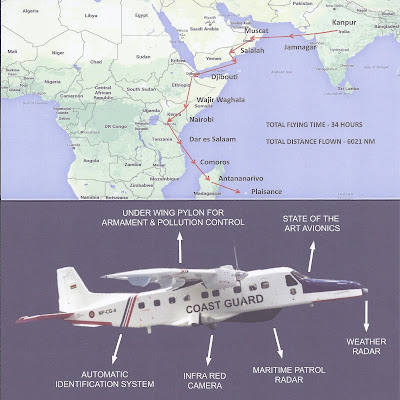 Besides their Exclusive Economic Zones (EEZ) and Search and Rescue (SAR) missions, Dornier aircrafts allow an additional communication means via an air link with the Agaléga Post Office, the only provider of postal, financial and banking services to the inhabitants of these outer islands of Mauritius despite remoteness from the mainland. August 2002 for example marked the opening of the Agaléga Post Office and the first dispatch of mail to the islands by air by a Dornier aircraft.

Email ThisBlogThis!Share to TwitterShare to FacebookShare to Pinterest
Labels: Mauritius 2016