After September 2009 and March 2010, the Mauritius Post printed for the third time the Rs7 denomination of the 'Indigenous Flowers of Mauritius' definitive set issued on 9 April 2009. This new stamp was put on sale as from 9 June 2015. 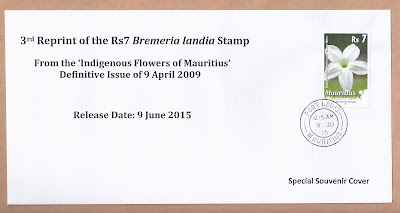 The two printings of 2009 can be distinguished with the naked eye, the first being darker than the second.

This third new print occured in a context of expected shortage of Rs7 (fee for inland priority unregistered letters of up to 20g) stamps since the last issue of a Rs7 stamp was the 'Dragonfly' stamp of the Fauna and Flora set of 28 March 2014.

New postal charges effective as from 1 August 2015 - Rs10 instead of Rs7 for inland priority unregistered letters of up to 20g; Rs17 instead of Rs14 for inland registration - suggests that this 2015 new print will now be used in combination with other denominations to make up postage. 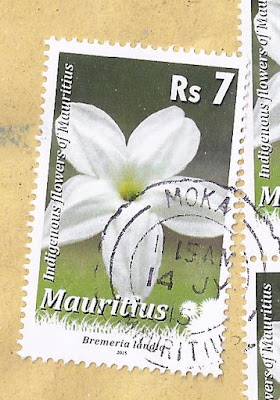 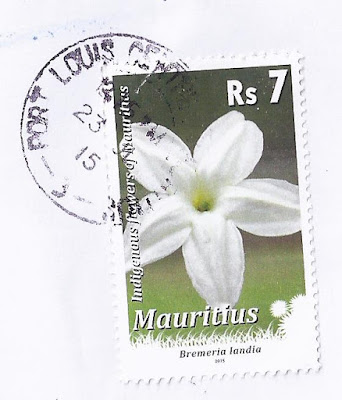