The Indian High Commission in Mauritius in collaboration with the Mauritius Post released on 21 June 2015 a Special Commemorative Cover to mark the first International Yoga Day. 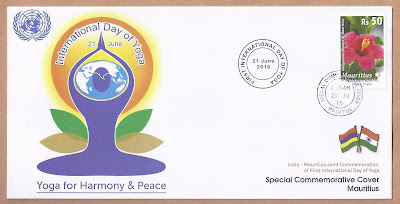 On December 11, 2014, the 193 member United Nations General Assembly approved the proposal by consensus, with a record 177 countries co-sponsoring, a resolution to establish 21 June as 'International Yoga Day'. 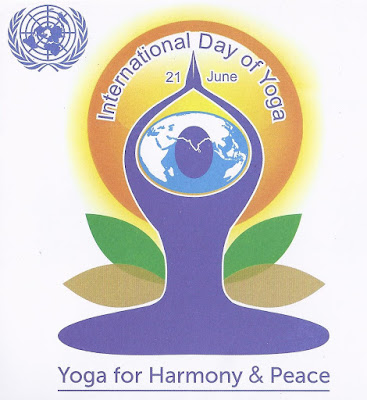 Yoga is a physical, mental and spiritual practice or discipline that originated in India. The Indian Prime Minister Narendra Modi in his UN Address suggested the date of June 21 as it is the longest day of the year (Summer Solstice) in the Northern Hemisphere and has special significance in many parts of the world.

From the perspective of yoga, the Summer Solstice marks the transition to Dakshinayana. The first full moon after Summer Solstice is known as Guru Poornima. Lord Shiva, the first yoga practitioner (Adi Yogi) is said to have begun imparting the knowledge of yoga to the rest of mankind on this day and became the first guru (Adi Guru). Dakshinayana is also considered a time when there is natural support for those pursuing spiritual practices. (Source: Wikipedia) 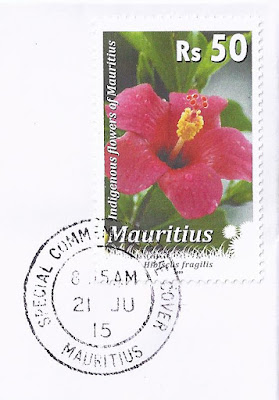 "Yoga is an invaluable gift of ancient Indian tradition. It embodies unity of mind and body; thought and action; restraint and fulfillment; harmony between man and nature and a holistic approach to health and well-being.

Yoga is not about exercise but to discover the sense of oneness with ourselves, the world and nature. By changing our lifestyle and creating consciousness, it can help us to deal with climate change. Let us work towards adopting an International Yoga Day."


Extract from the speech of
The Prime Minister of India, Narendra Modi
at the 69th session of the United Nations General Assembly
27 September 2014 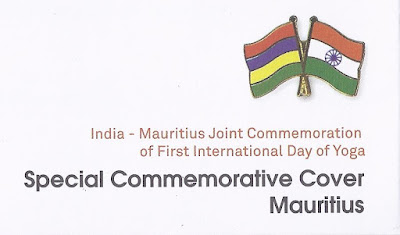 "Yoga with its ancient roots is today valued and practised the world over for its holistic approach to health and well-being. The living discipline of yoga has evolved over thousands of years and is known to bring harmony in all walks of life including disease prevention, health promotion and regulating lifestyle-related disorders.

I am indeed happy that the United Nations has declared 21 June as the International Day of Yoga and take satisfaction that the Mauritian youth is increasingly appreciating the core benefits of practising yoga.

Let us celebrate the first International Day of Yoga in such a way that its quintessential message finds universal resonance."