The Mauritius Post issued on June 25, 2012 a set of four postage stamps and a souvenir sheet to commemorate the Bicentenary of the Mauritius Turf Club. 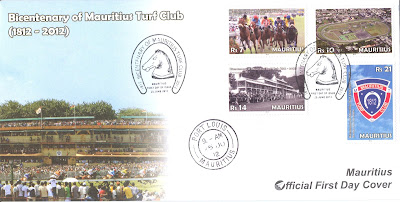 The Mauritius Turf Club (MTC) was founded in 1812.  It is the third oldest horse racing organisation in the world after the prestigious English Jockey Club (1750) and the Irish Turf Club (1790).  It is also the oldest in the Southern Hemisphere. 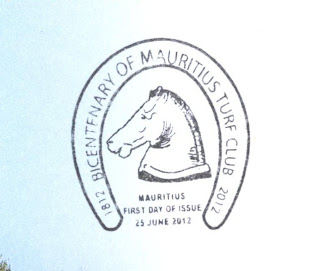 Sir Robert Farquhar, Governor of the island since its conquest by the British in 1810, and his wife, of French origin, Lady Maria Lautour, convened an organising committee on June 12, 1812 to set the regulations for horse racing on the Champ de Mars.  The other members were army and administrative officials:  Robert Sale, J. Picton, Henry Streatfield and Chris Teesdale.  Lady Maria offered the first gold cup of the Turf Club for the main event on June 25, 1812.

The aim of the founders was to reconcile around the horse the inhabitants of the island to their English administrators.
Three persons above all, namely Sir Robert Farquhar, Charles Telfair, naturalist scientist and Colonel Edward Draper, contributed to a peaceful transition from French to British rule after 1810.  Colonel Draper turned up only around 1813/14.  He was a competent administrator and keen gentleman rider.  The horses of these tree personalities competed regularly on the Champs de Mars. 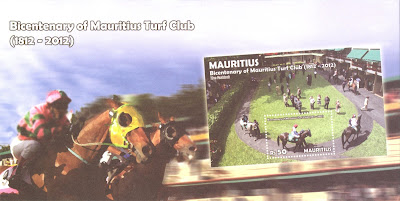 The race course itself is the crater of a volcano.  Jean-François Charpentier de Cossigny (1690-1780), a French military engineer, was the first to suggest that the crater area would lend itself to development as a town.  Mahé de Labourdonnais (1699-1753), French Governor of Mauritius, then known as Isle de France, between 1735 and 1746, took up Cossigny's concept.  Port Louis was created and the Champ de Mars used fro military manoeuvres before becoming a race course in 1812 under the British.
The population of the island was immediately won over horse racing: an enduring passion that still prevails today.  Records show that over the past centuries, huge crowds have attended the race, even during the World Wars of the last century.
The MTC is the only internationally recognised horse racing organisation of the island.  Horse races take place on Saturdays, and on Sunday for special occasions.  Four classical races are held during each horse racing season, which extends from March until December, namely: the 'Duchess of York Cup', the 'Barbé Cup', the 'Maiden' and the 'Duke of York Cup' or 'Gold Cup'.
Horse racing at the Champ de Mars has inspired painters, poets and novel writers.  A vibrant press keeps alive the interest of its readers with detailed information on entries, betting trends, horse rating and time factor.  Radio and television cover a wide audience both locally and overseas. 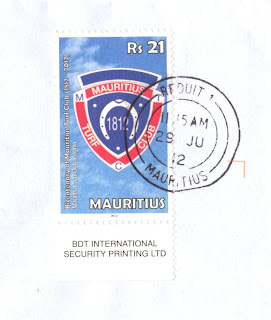