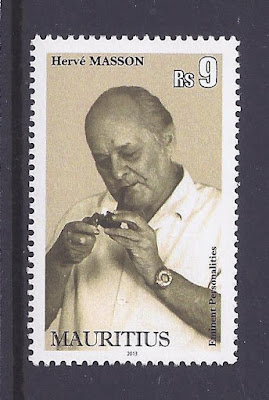 Hervé Masson was born in Rose Hill, Mauritius in 1919 in a family hailing ancestry from Lorraine, France and which settled in the then Isle de France in 1753.

He was initiated to painting as a child and his brother Loys Masson, later on a writer of international repute, was a great source of inspiration to him.

As a young man he rubbed shoulders with famous contemporary poets, writers and journalists like Raymonde de K/Vern, Malcolm de Chazal, Marcel Cabon and France de la Peyre. He was an omnivorous reader and writer and showed keen interest in esoteric literature.

His debut as a painter met with mitigated success and he left for France in 1949. In France he strived hard to improve his art and had to work as journalist to make both ends meet, but never gave up painting. By 1957, his paintings won appreciation in art galleries both in Paris and in New York.

In the wake of the independence of Mauritius, he thought that he could serve his country in politics. Masson served as advisor in the field of Arts and Culture for the Government of Mauritius.

He afterwards returned to France where resumed his former activities and passed away in 1990. 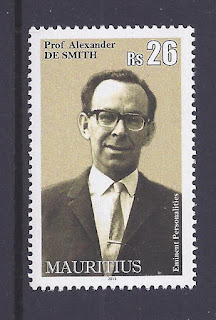 Stanley Alexander de Smith was an eminent professor of constitutional Law and was commissioned to draft the Mauritius Constitution in the mid-sixties; he is considered as the father of the Constitution of Mauritius.

Born in 1922 in London, de Smith received his Doctorate at the University of London in 1959 where he later on taught constitutional Law in various capacity.

He also served as consultant to various Commonwealth countries in the wake of their independence, namely in Nigeria, Ghana and Malaysia.

Professor de Smith paid several visits to Mauritius as part time constitutional Commissioner and his imprint on our constitutional Law is significant.

He passed away during his stay in Mauritius in 1974 and was buried at Le Réduit Cemetery where Governors and other personalities lie for eternity.

A commemorative plate has also been sealed to his memory at the Pamplemousses Botanical Garden.